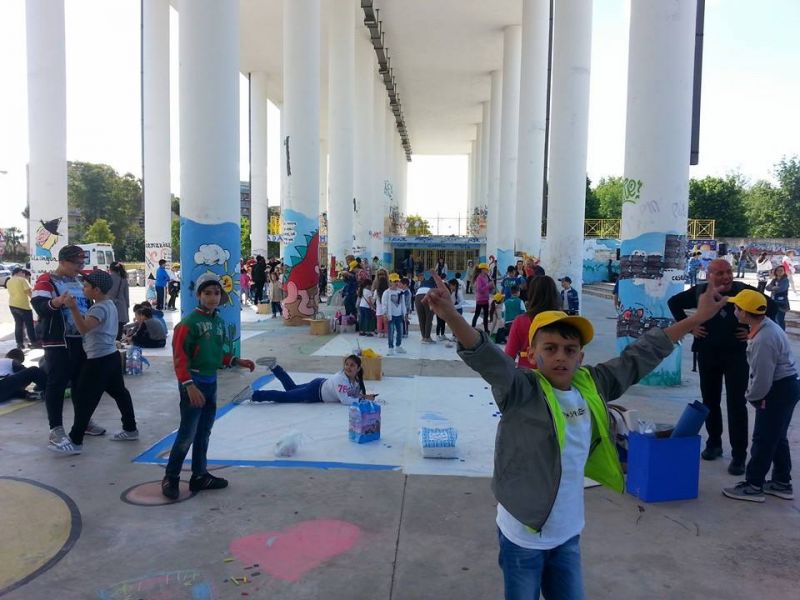 How to grow your business while helping the children of Scampia, Naples, find their smile back

Did you know that solidarity can help your business grow? Discover how many entrepreneurs like you contributed to a better future by creating networks and helping the children of Scampia, Naples

Scampia is a district of Naples, do you know what it is mainly associated with? Very frequently with tall, grey and abandoned buildings, where degradation and neglect dominate. Buildings that remind you of the films that they were the setting for, like Gomorrah. And with stories of drug dealing, criminality and violence.

Imagine how cruel life can be in such an environment. Just thinking about it makes you shiver. And living there every single day must be even worse. Walking by the infamous Vele buildings[1], especially at night, would make everyone feel apprehensive. You don’t feel safe and you are overwhelmed by fear.

In Scampia there are many children that live with this kind of fear, with violence and criminality.  These children are denied the innocence of childhood and are forced to grow up too fast. Like Gennaro (this name is an invented name) whose Dad was killed when he was just three and whose Mum tries to save from the same destiny, while living in an environment where children learn to “make themselves respected” before they learn to play and are recruited by criminal clans at a young age. We are in Naples. The sea is only a few kilometres away. Yet Gennaro never smelled the sea breeze and cannot picture the sea in his mind.

In this context, many children every day are not able to live their childhood carefree. Many “Gennaro’s” are forced to deal drugs and are victims of violence. They are faced with a situation of social difficulties and for them this is normality. It’s as if someone had already written down a future of suffering and resignation for them.

In this context, many children every day are not able to live their childhood carefree. Many “Gennaro’s” are forced to deal drugs and are victims of violence. They are faced with a situation of social difficulties and for them this is normality. It’s as if someone had already written down a future of suffering and resignation for them.

Mammut is a centre that stems precisely from the force and from the determination of many volunteers who didn’t accept to meet the empty and angry gazes of the children of Scampia and who didn’t want to abandon the children to a destiny that had already been written for them. For this reason, the volunteers decided to take care of these children and to protect them from criminality and from the lack of positive role models. 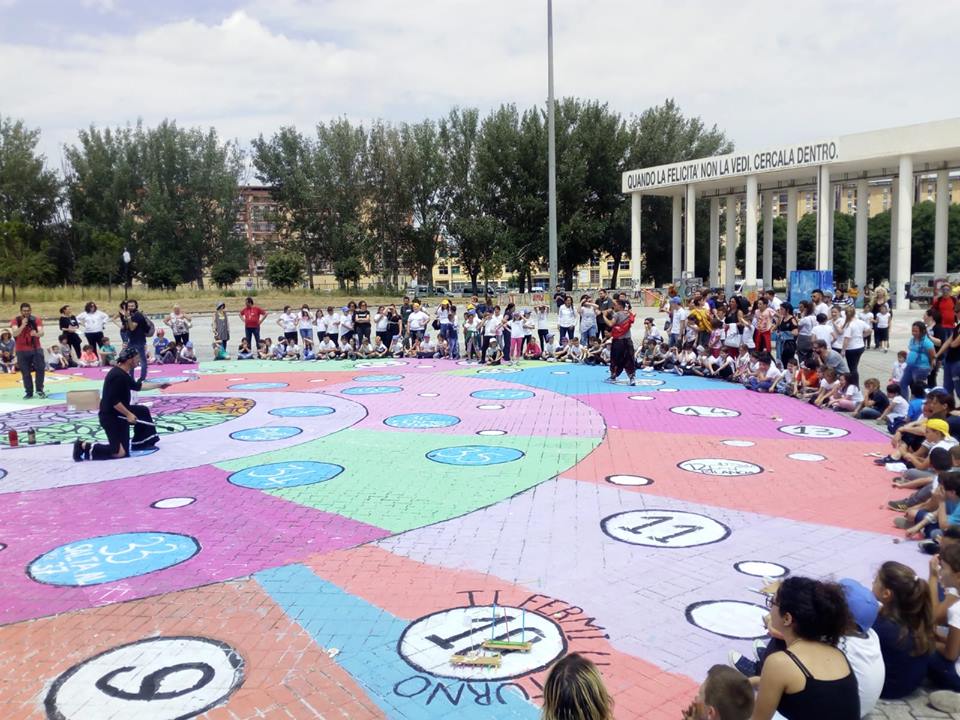 And that’s exactly what they did: they transformed a grey district with no life into a huge open-air play area.

One can be of help in many ways, but the volunteers of the Mammut centre show with their example that a new life is possible even in Scampia; that the grey of the concrete buildings can be transformed into colours of hope; and that a square doesn’t have to be a place where people sell drugs and death but a place where children can play and grow up together.

The Mammut Community Centre offers an alternative to an entire district; it values young people and makes them aware that one must build a better future with one’s hands by putting pain aside and by experiencing true happiness.

It is for these reasons that the Angelo Affinita Foundation believed in this project from the word go and decided to support it.

As an entrepreneur, you know for sure how important it is to instil this attitude in young people. This is why I believe that you can share these values and join the many entrepreneurs that support the Foundation. Only thanks to their generosity was it possible to give hope to these children. In places where the presence of institutions is weak, the role of those who understand how important it is to invest in people becomes crucial.

And no-one can accomplish this task better than an entrepreneur. It is certainly a difficult task- but Gennaro’s smile and the smiles of the many children from Scampia are well worth the effort. Many entrepreneurs like yourself already know the feeling I’m referring to. Their contributions were fundamental to offer many kids a new life.

And their contributions proved very useful to grow their businesses, too. In a few lines, I’ll reveal to you how they did it, but first allow me to tell how they contributed to bringing the smile back onto the Scampia children’s faces.

Thanks to their support, the Angelo Affinita Foundation donated a MammutBus to the Mammut Community Centre: it is a camper van that was equipped and transformed into a “play area van” to bring the activities of the Centre also to the streets of the district. 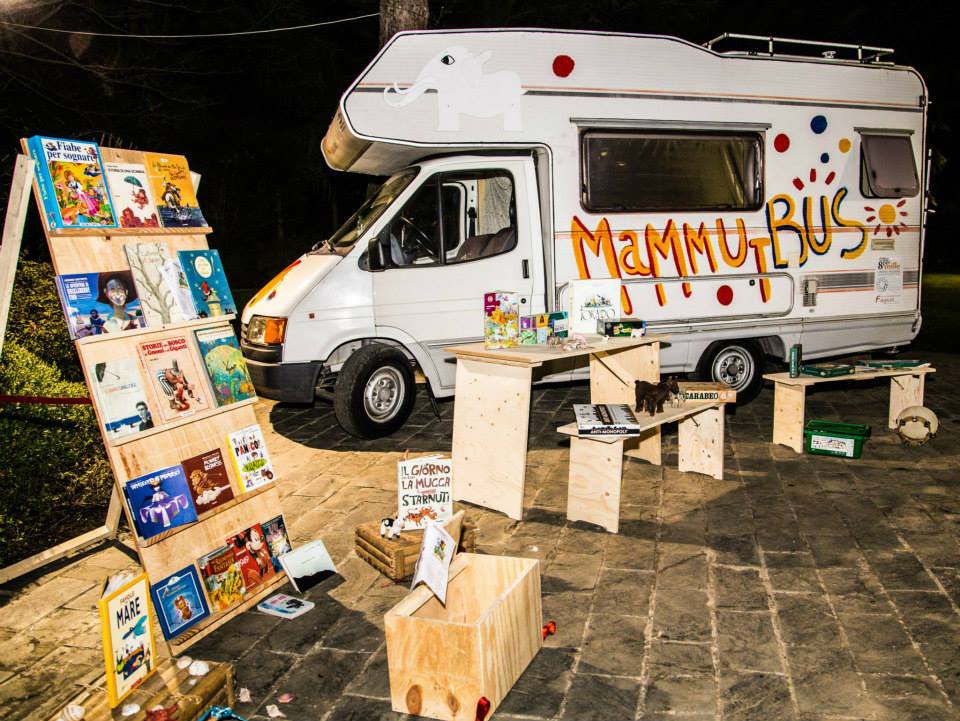 With this play area on wheels, the volunteers and the tutors of the Mammut Community Centre can reach many children, their families, the schools and they bring life back to an entire district.

The children start to smile again and, through play, educational activities and theatre plays they are taught that nothing is impossible and that dreams can come true if you work towards them with courage and commitment.

On 22nd May the 10th edition of the Mammut Myth will be held at Piazza Giovanni Paolo II, it is a theatre play that the whole of Scampia is involved in, and that culminates in a beautiful street party for the whole community. The tutors of the Mammut Community Centre will do their best, but you can also do your part to help these children carry on with their studies and build a better future for themselves. By contributing to the Angelo Affinita Foundation, you can support the projects of the Mammut Community Centre and bring joy and hope to many children.

I can assure you that seeing joy on the faces of the young people of Scampia is priceless and fills one’s heart with joy. But I also said that helping these children could also be a great opportunity to grow your business. Would you like to find out how?

Let me list some of the benefits that your company can access by joining the great family of the Angelo Affinita Foundation:

I hope that I was able to convey to you how important your contribution can be. You might be thinking that this is not the right moment to take this step. But please consider that when Gennaro’s Dad was killed and Gennaro scarred for life, it wasn’t the right moment either. We need your help to help him build a different future. Can I count on you?

Shall we try – TOGETHER – to make the difference? Please click here

Please do your part to help bring joy and hope back for the children of Scampia: give your contribution now.

Help us save many children from the street and discover how helping others can help your business grow.

[1] Vele di Scampia (Sails of Scampia) are apartment blocks built in a shape that reminds of sails. The area is now often associated with drug dealing, gangs and violence. [Translator’s note]